This project had a simple beginning for my alternative processes class and ended by becoming a commercial body of work. The original images were shot with a 4x5 Calumet camera on B/W film in my living room using a background, forks and Styrofoam. The images that I printed first were platinum palladium prints and only a few ended up being completed in this process partly due to cost and partly due to underexposure of several of the negatives. A year later or more I revisited the negatives and found that some of the images could be salvaged by stacking the duplicate negatives on top of one another which added to the lacking depth in the original single negative. I then scanned the images and printed them. 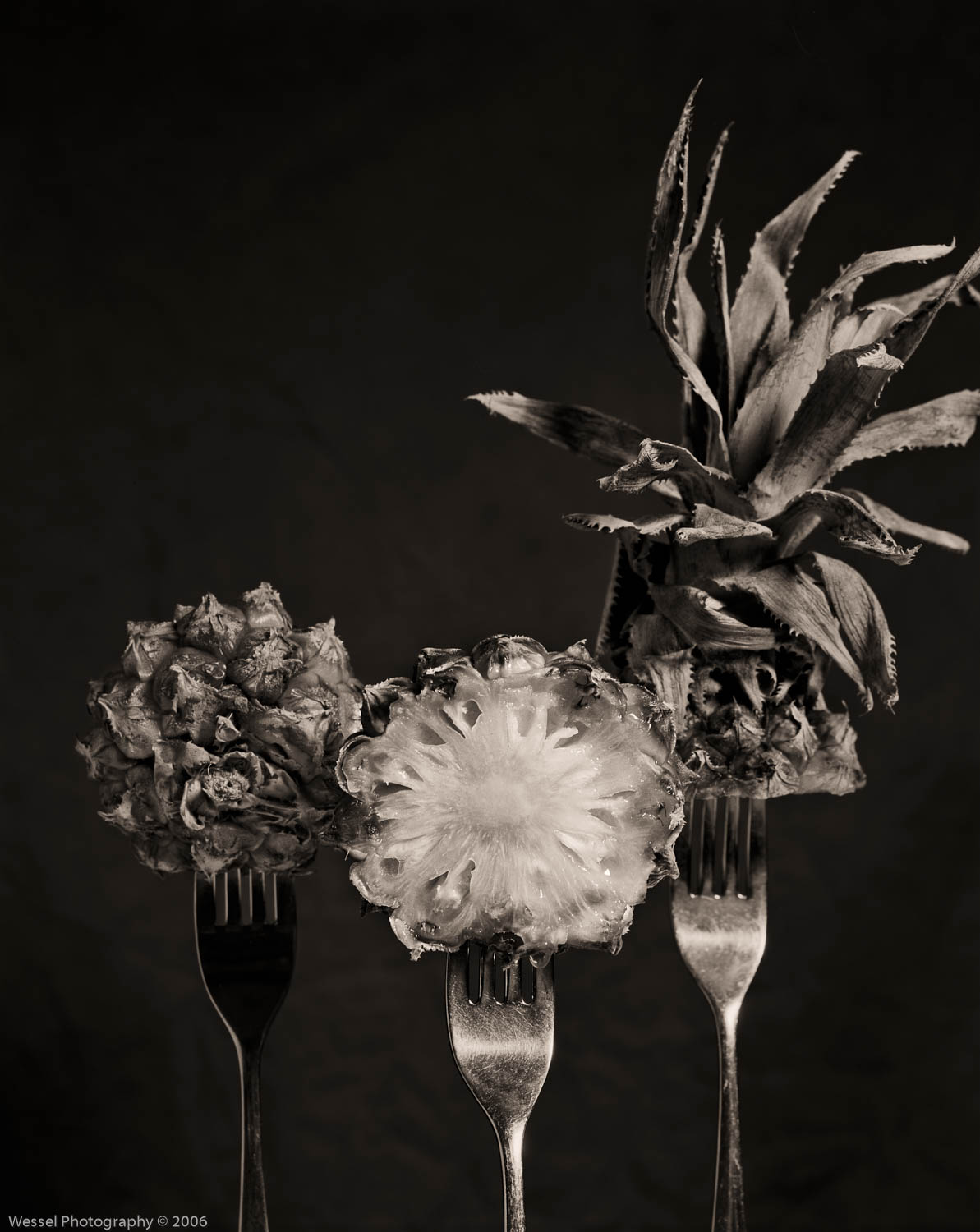 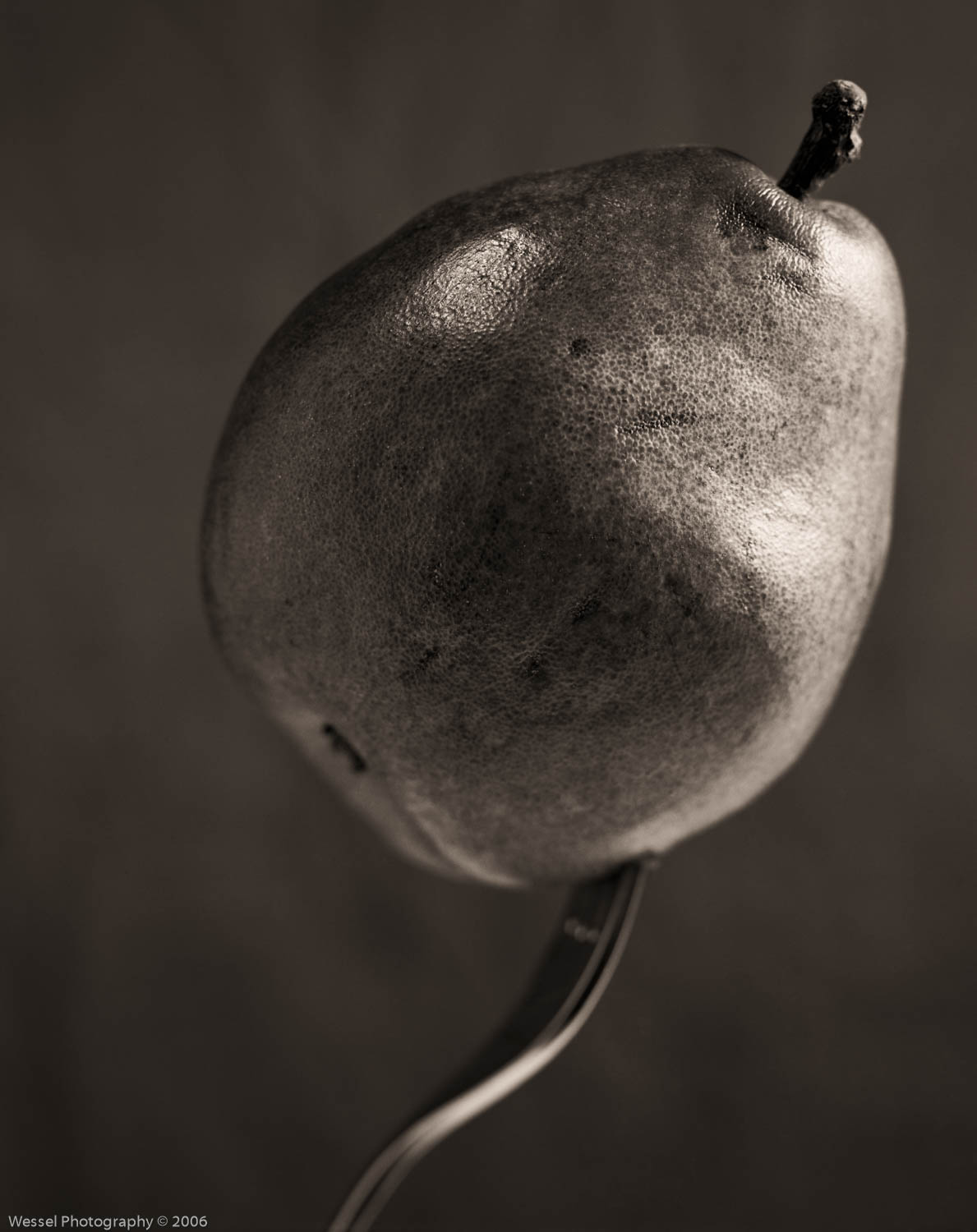 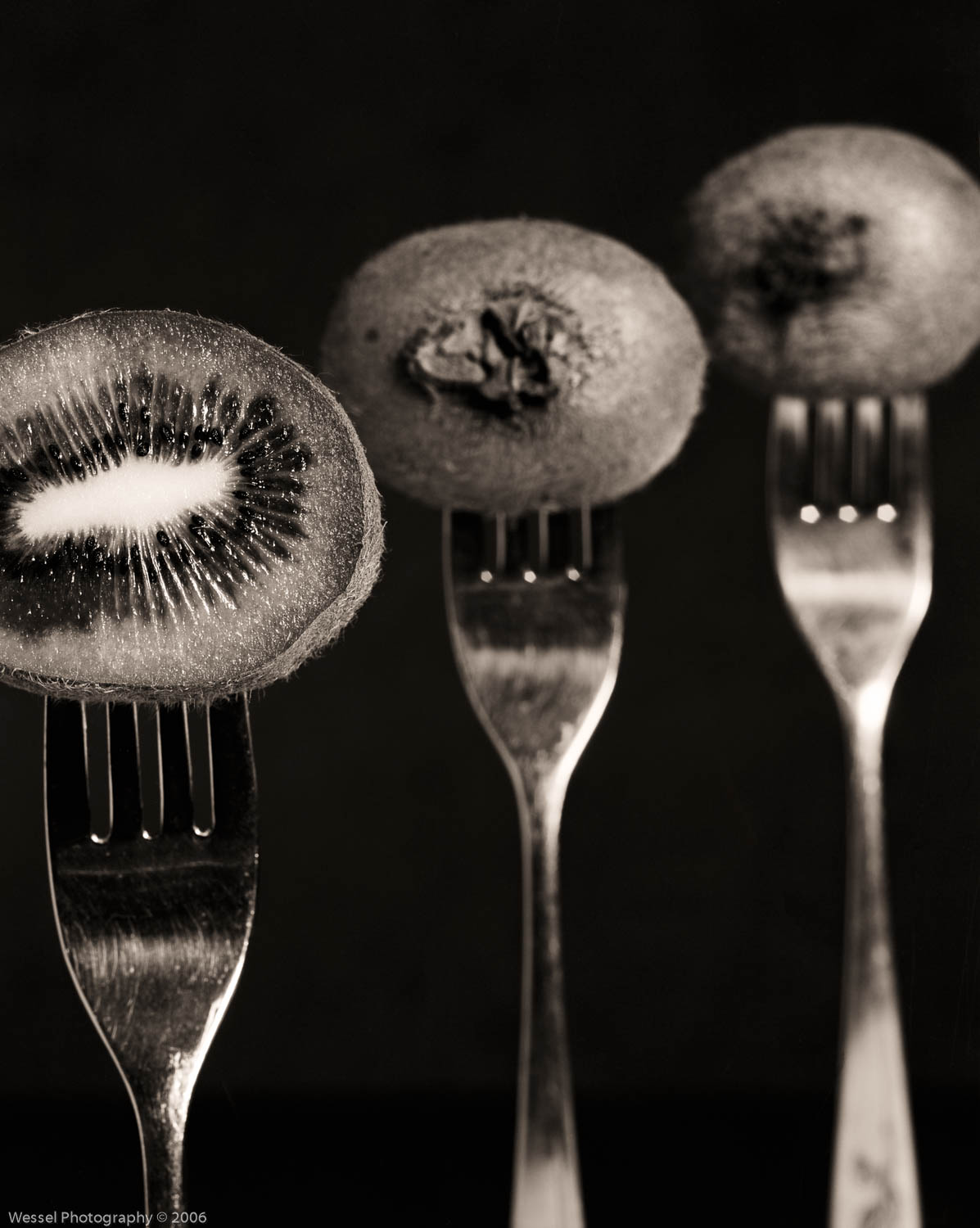 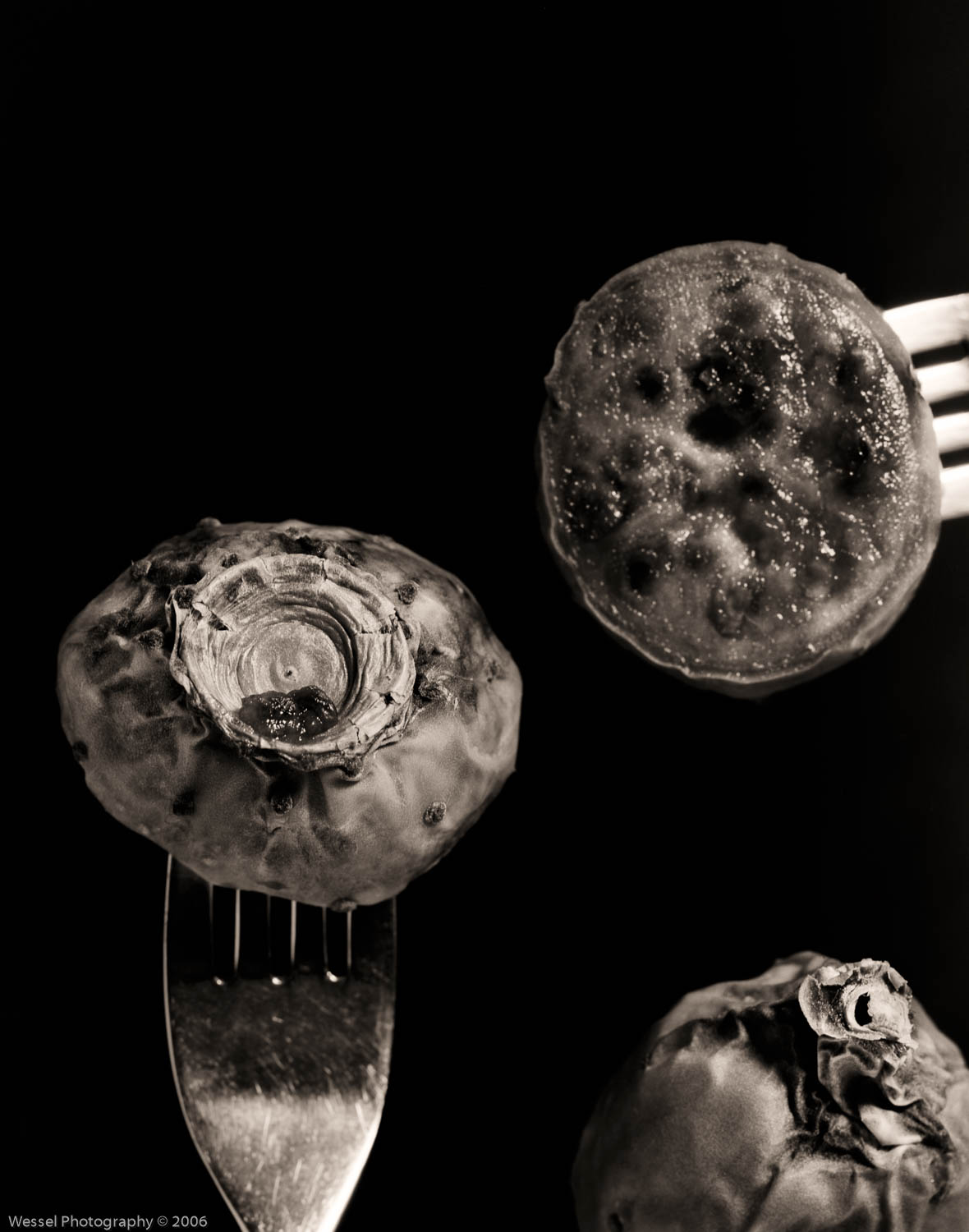 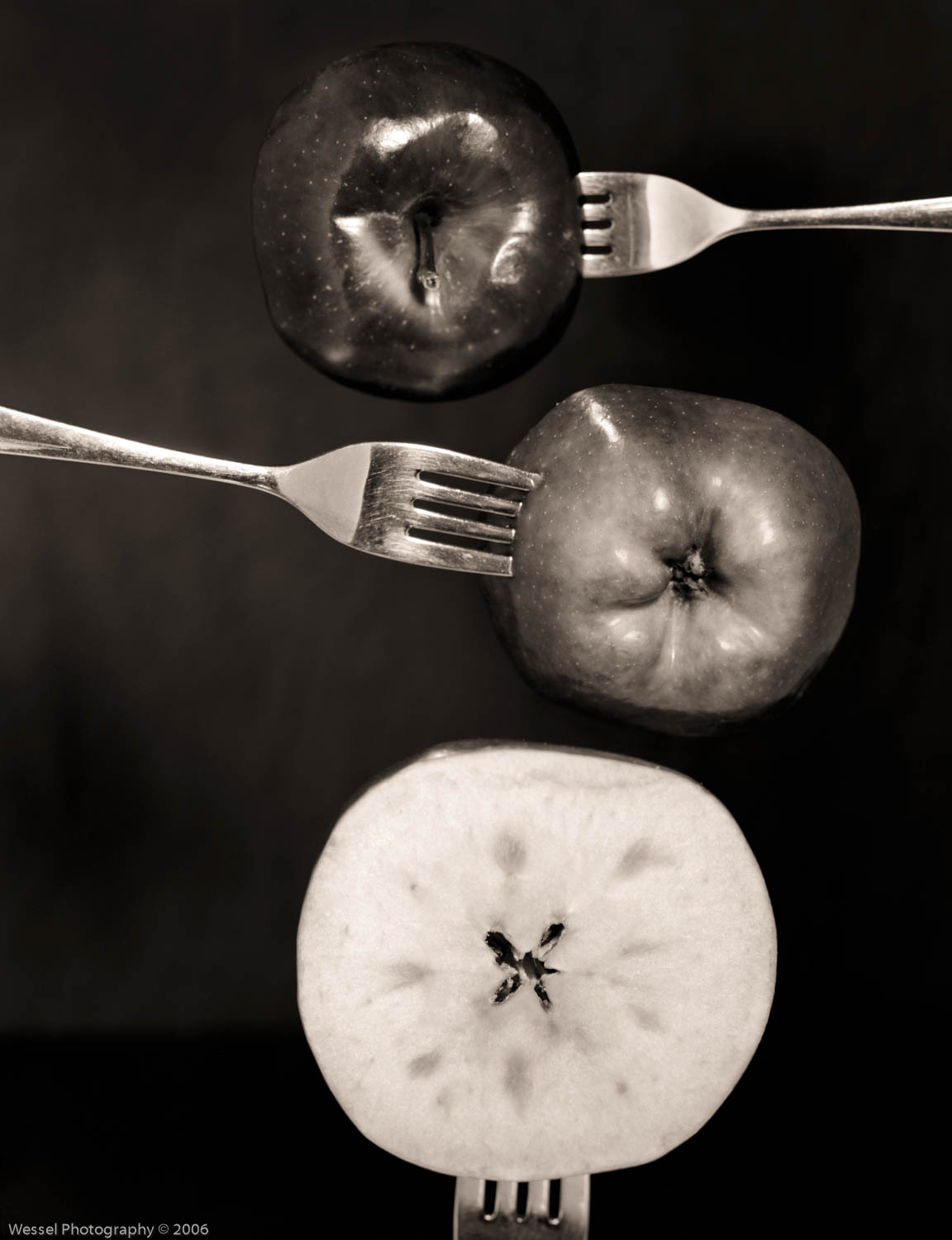 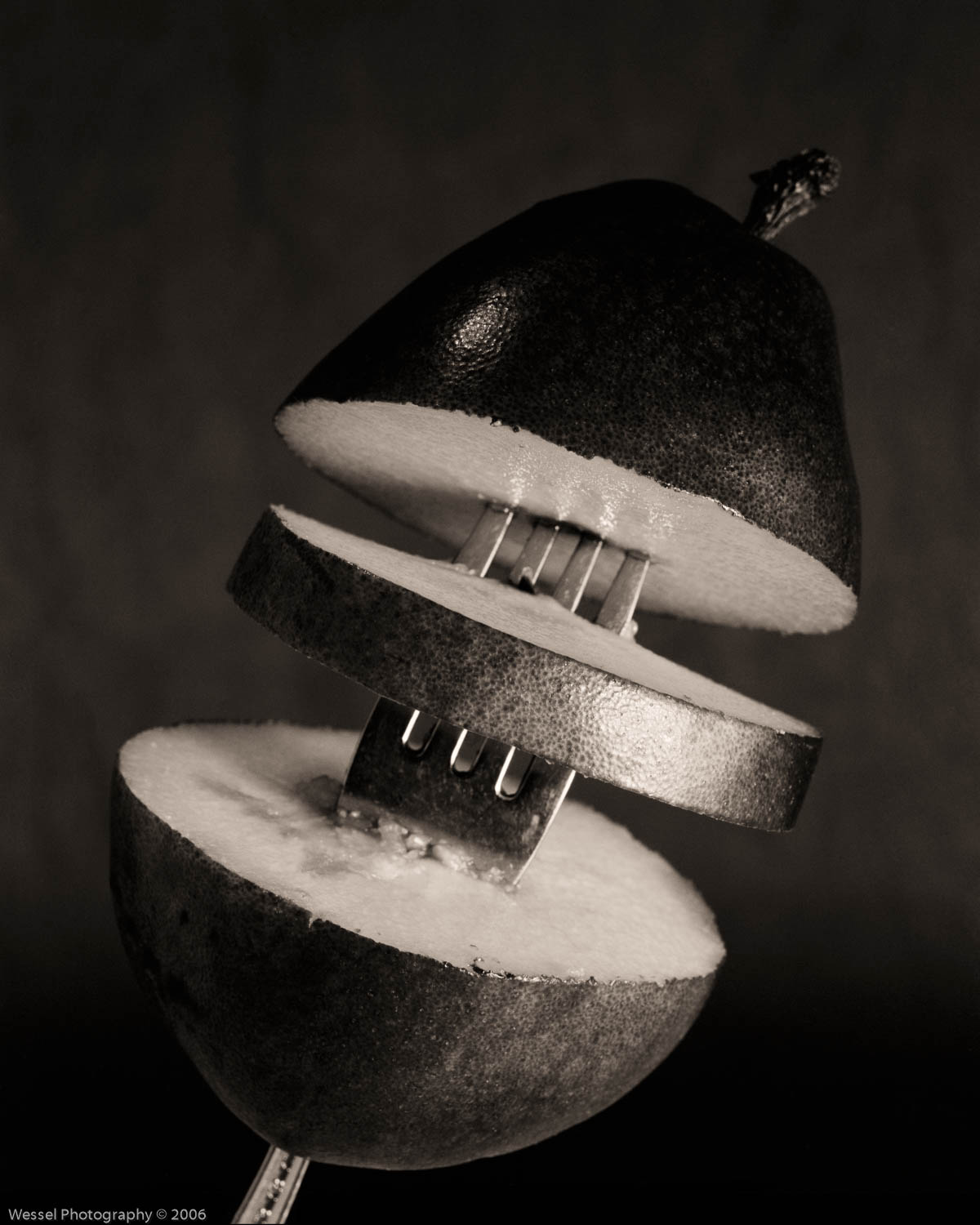 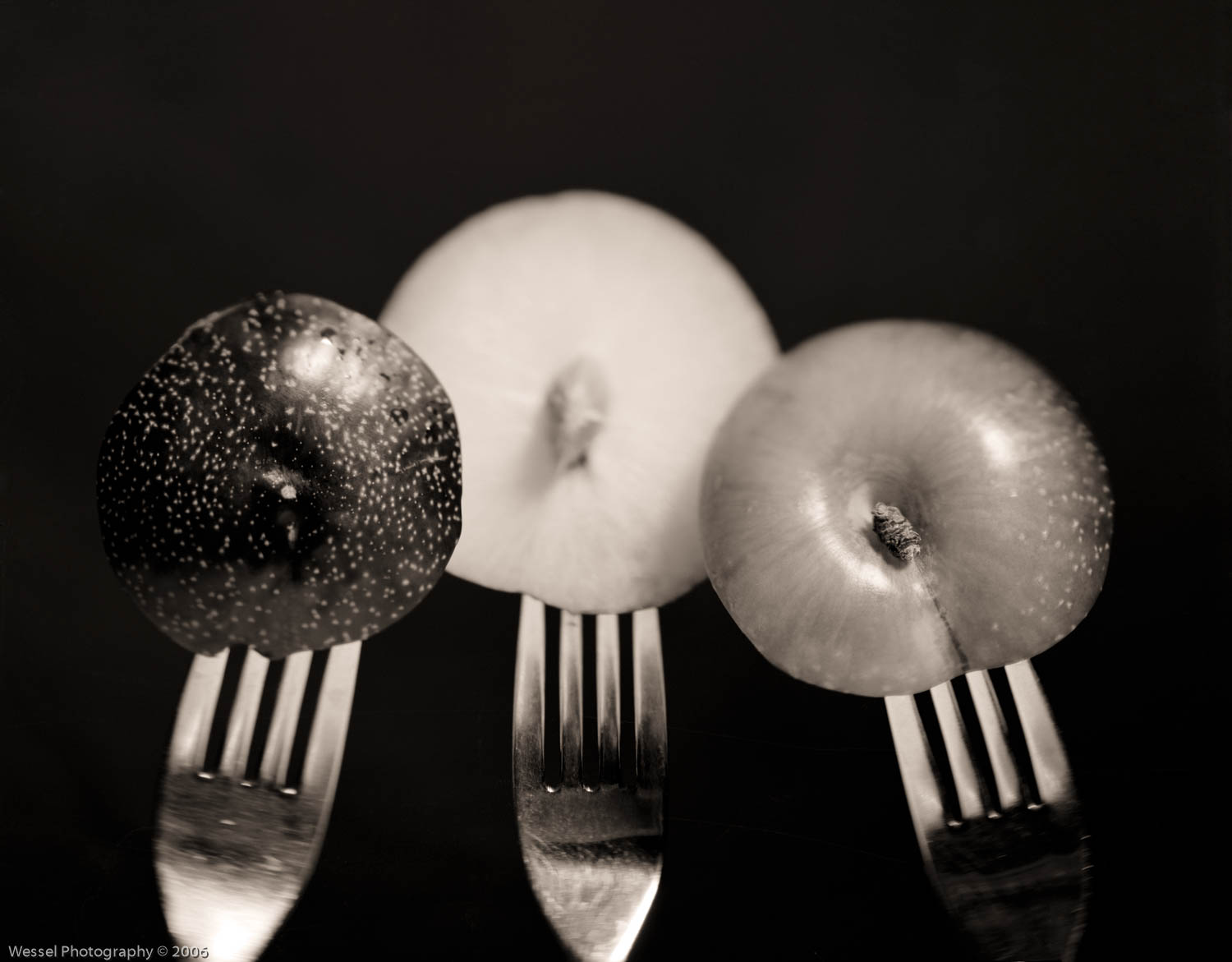 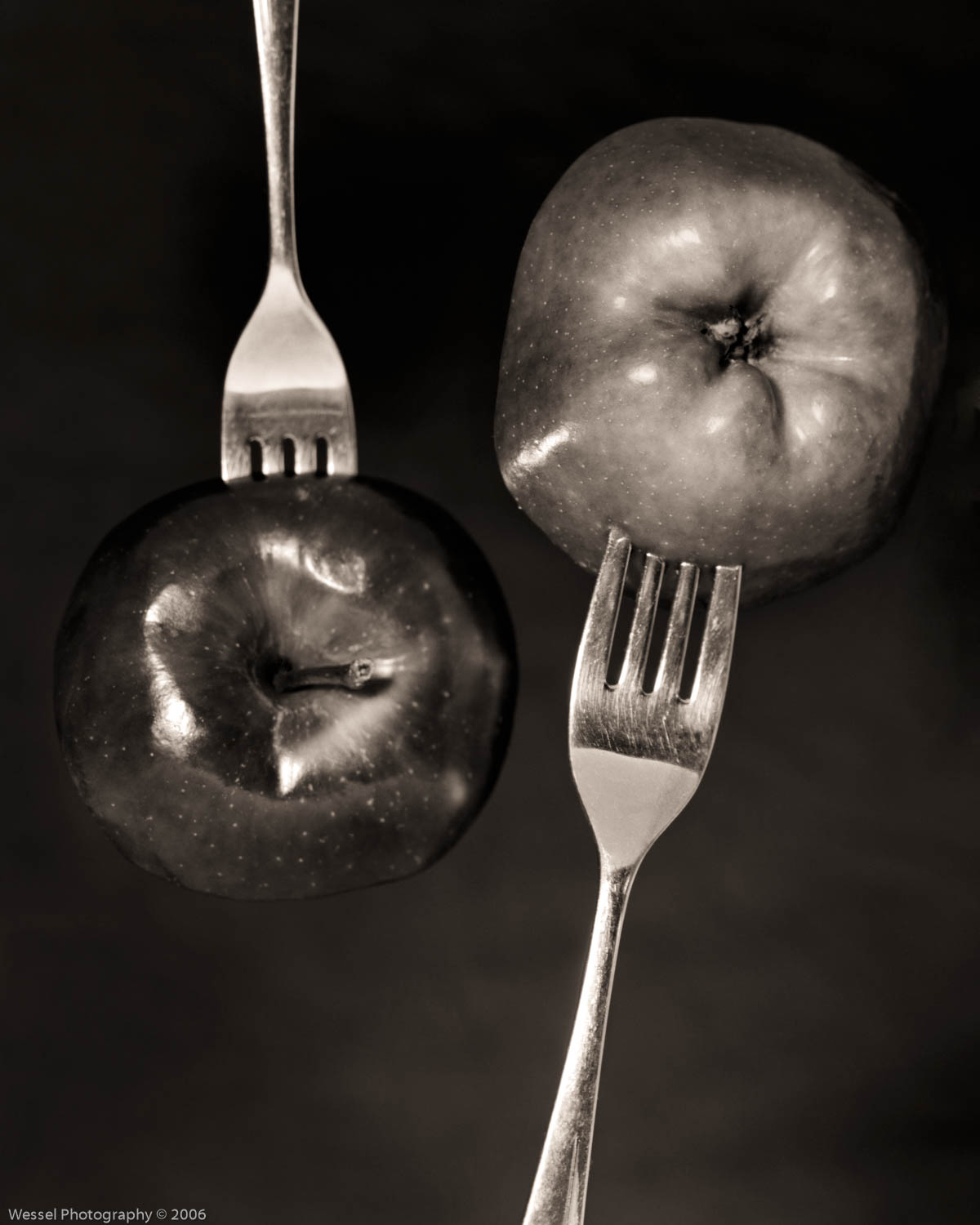 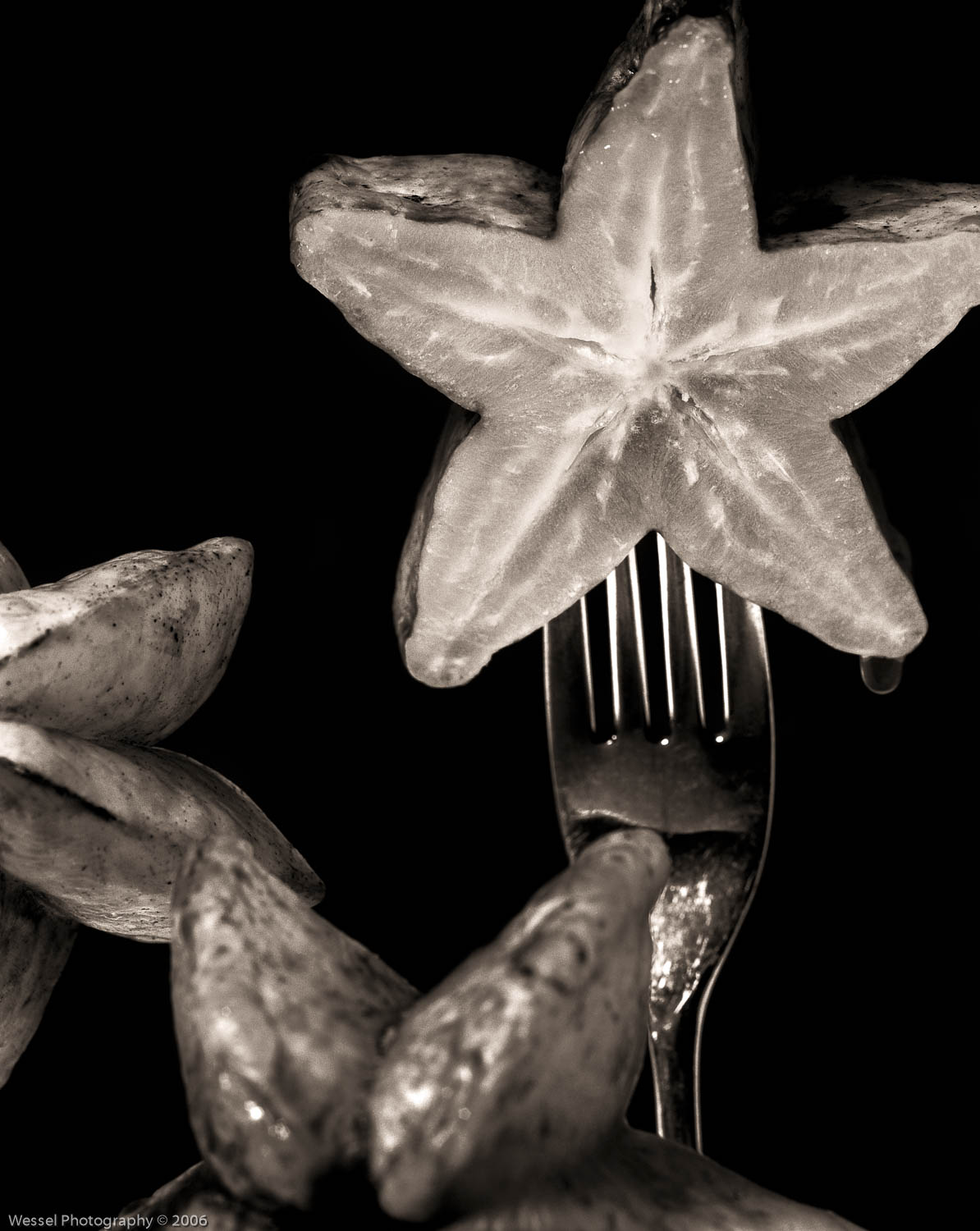