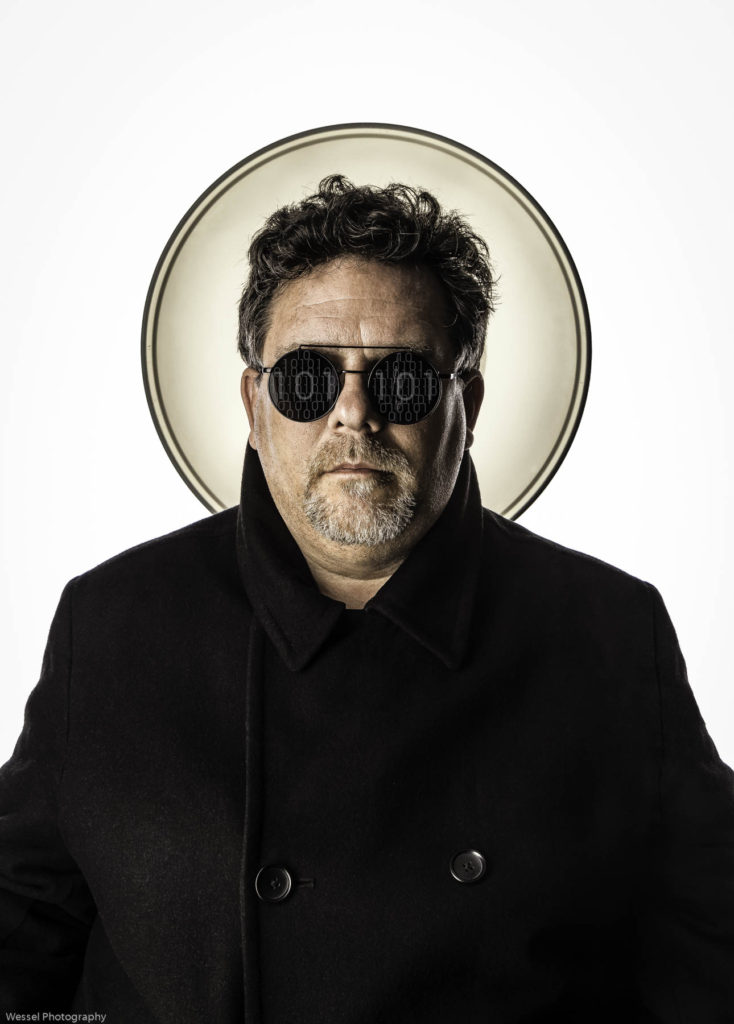 Michael Wessel lived in Missouri for most of his life. He grew up in the small town of Ozark which is located on the edge of the beautiful Ozark mountains (not to be confused with Lake of the Ozarks, which many people do. It’s more “Winter’s Bone” than “Ozark”). He loved visiting his grandparents in Carthage, Missouri and it was during those visits that he became interested in art. His grandmother, Dorothy Burrow, was always quilting and had ballpoint embroidery paints in the attic. He would place embroidery patterns under 8x10 pieces of glass and use the embroidery paints to trace the patterns. As the years passed Michael started drawing and painting more and more. One year at garage sale he purchased an old 126 Brownie camera and started taking photos with it. The film was hard to get, so he purchased a Kodak Hawkeye 35mm camera the next summer. His subjects where, his family vacations, of a nearby spring, and of his Boy Scout troops adventures. In high school he won several art awards for sculpture, drawing and other works he created. In 1985 he was commissioned to paint a mural with a fellow student in the Ozark High School hall way. The following year he received an art scholarship and music scholarship to Columbia College in Columbia, Missouri. At Columbia College, he soon changed from painting to photography after his friend Doug Russell had Michael show one of his photographs to Ed Collings the photography professor. Ed Collings inspired Michael to create artwork with the camera and light instead of with a brush. In 1990, Michael Wessel graduated Summa Cum Laude from Columbia College with honors and as a member of the Alpha Chi Honor Society. That same year he was first published on the cover of the Alpha Chi Honor Societies magazine.

Michael continued to photograph for the next 20 years in and around Columbia, Missouri. He worked as a portrait, wedding and event photographer during this time. He exhibited his work at local galleries, restaurants and churches. In 2000, he started working as a photography restoration artist for a local company and in 2005 decided to go back to school to get his graduate degree. He left Missouri and moved to Savannah, Georgia to earn an MFA in Photography from Savannah College of Art and Design. While he was there, he was inspired specifically by Tom Fischer, Andy Moxon and Pete Christman. His work changed dramatically, and he created his first body of work “The Loving Family.” This series was based on family drama and abuse, which was inspired by his ex-wife and her father’s foiled murder attempt on his life. “The Loving Family” has won several awards and has been exhibited at Savannah College of Art and Design, South Carolina State University, and WVTF Radio Stations Gallery in Roanoke, Virginia. During the last 8 years Michael has displayed his work in shows and galleries in Virginia, North Carolina, and South Carolina. He is currently working on two new projects: “From the Road” and “The Empty-Headed Men.” The project “From the Road” is a series of images that he has taken while driving his car for work in Georgia, South Carolina, Virginia, West Virginia, New Jersey, Maryland, Washington D.C., Missouri, Illinois, Kentucky, and Tennessee. He uses whatever camera is at hand, from cell phone to DSLR to capture the land and loneness of the road. He is hoping to publish the images in a book by 2020.